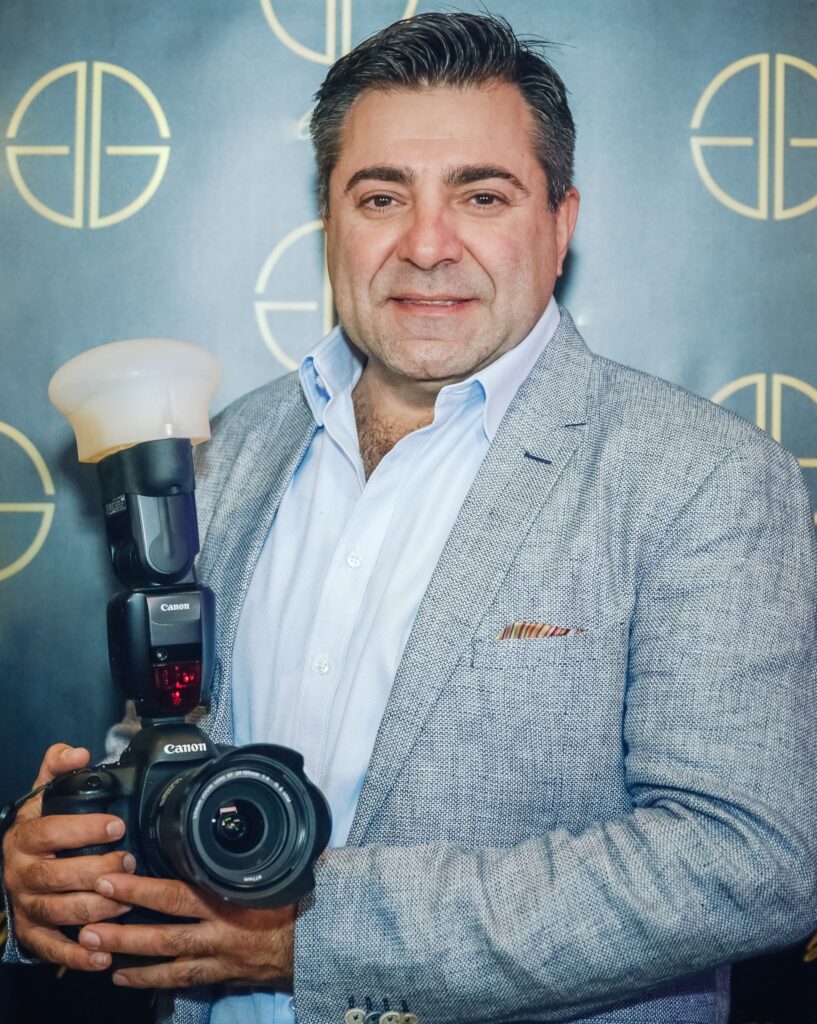 Founder of Bourdo Photography and the executive producer of The Evzones Collection exhibition.

Born in Nambour, Queensland, Nick Bourdaniotis grew up in Brisbane and moved to Sydney in 2001. Nick’s passion for photography began at a young age and his unique and artistic approach to capturing a moment in time ensures his images are always a standout.

In his late 30s, Nick was encouraged into professional photography by his peers who would marvel at the photos he captured on family holidays. In his mid-40s, Nick’s photos were being recognized internationally within the Greek community and used in publications worldwide and here, locally across Australia.

During a photoshoot at the 25th of March celebrations in Sydney, 2015, Nick took his first iconic photo, where students from a local Greek College were carrying the Greek and Australian flags, lead by a group of Caryatids onto the Sydney Opera House forecourt, with the Opera House sails in frontal view as well as the Sydney Harbour Bridge in the background. For the next three consecutive years, Nick captured photos of the 25th of March ceremonies in Sydney in his own style.

Greek City Times employed Nick as a photographer, and over that next year, he earned the title of Greek City Times’ Director of Photography and Videography, which he still holds today. Nick also worked as the photographer for the “My Greek Odyssey” TV travel show in Greece, which aired to over 50 million people worldwide.

Nick has been photographing major events for The Greek Orthodox Archdiocese of Australia since 2013 and shoots for The Hellenic Initiative (THI) both here and abroad.

In early 2020 Nick became an accredited photographer for the Australian Open tennis, where his focus was on players from Greece and of Greek descent. These photos were published globally.

The Evzones Collection photo exhibition endorsed by the Greek Presidential Guard and the Hellenic General Staff of National Defence has over 28 beautifully selected photos capturing and portraying the Evzones in a truly remarkable light. Nick’s art evokes the Hellenic pride in a unique way with his images that are published all over the world.